It will come as no surprise that here are CorkLink we are passionate defenders of using cork to seal wine bottles – after that is a big part of how we make our living! I would like to have a look at some of the arguments that need to be considered when choosing between screw caps or corks.

Natural cork is used for around 70% of the 18bn wine bottles produced, with screw caps taking 11% and plastic corks 20%, whereas 10 years ago, cork was used for around 95% of wine bottles. The main reason for the increasing usage of screw caps is that they are cheap and that they do not suffer from cork taint (the nasty flavour that poorly produced corks can give to wine, via the chemical TCA). The truth is that well produced natural corks will have TCA problems with less than 0.2% of corks, following several years of heavy investment to resolve this problem, by improving the conditions that cork is weathered in and the various treatments given to the cork to get rid of anything nasty. It is fair to say that natural cork (when produced by a cork producer that has made the relevant investments) no longer presents a major threat to wine.

Screw caps on the other hand represent their own problems – by not allowing any oxygen at all to reach the wine, volatile compounds such as hydrogen sulphide and mercaptans which form naturally and sulfur dioxide and sulfites which are added to the wine as a preservative, can get trapped inside the bottle and worsen. This is the rotten-egg or boiled cabbage smell that you can get when you open a screw cap bottle of wine. 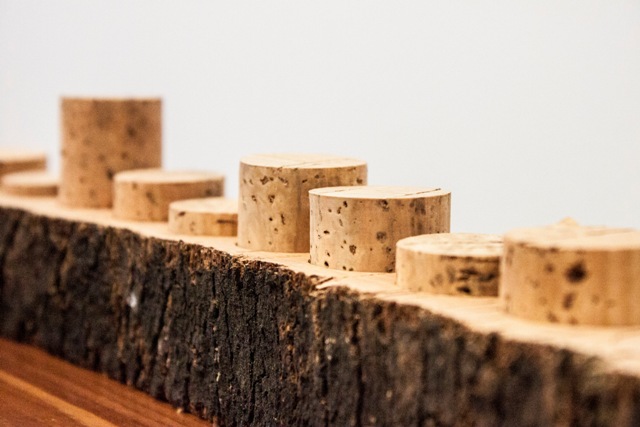 There is pretty much no dispute that for a wine that is going to age in the bottle, cork is the only serious option, as it allows just enough oxygen in to enable the ageing process to take place. But for wines that are not going to age further, several winemakers are now rejecting screw caps because of volatile compounds odour problem. So for example Adam Mason at South Africa’s Klein Constantia gave up on screw caps after 4 years, as did Christian Canute of Barossa’s Rusden Wines after 5 years of screw caps.

The technical arguments will continue about what kind of closure is best suited to a certain kind of wine. There is no doubt however that natural cork is still a signifier of quality in most consumers’ eyes. For the same reason that when you buy a smart dress in a fancy shop they give you a nice bag to stuff it in rather than a supermarket-style carrier bag, it makes sense for winemakers to present their wine in the best possible light. Wine is a magical product and deserves to be presented in the best possible light and cork still remains an important part of the magic!