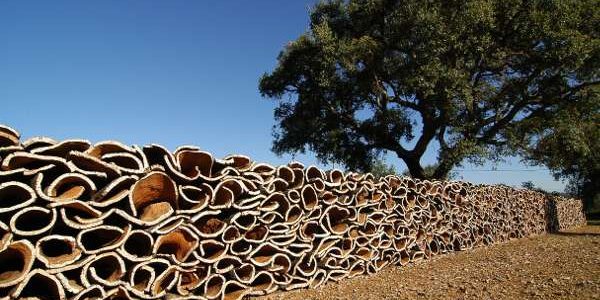 10 years ago Portugal was exporting a billion euros worth of cork products a year, but exports slumped mainly because of a surge in demand for synthetic stoppers. Over the last two years, the cork sector has returned to growth, with exports increasing 8.2% in 2010 to reach €754.3 million and 7% growth in the first quarter of 2011.

The cork sector has had to reinvent itself to some extent, with dramatic improvements in production processes to all but eliminate impurities from cork stoppers (which can damage the wine they are meant to be protecting), educational campaigns to teach consumers about the benefits of using natural corks and the environmental benefits of doing so and finally innovating new ways of using cork other than for its traditional usages for stoppers, cork flooring and noticeboards.

The modernisation of the cork industry has lead to dramatic changes in its structure as the investment required has meant that many smaller producers have been snaffled up by larger competitors or forced out of business, leading to widespread consolidation of the industry. The investment made in cork production over the last 10 years is finally beginning to pay dividends, as after many lean years, prices and sales are beginning to increase – a good news story which the Portuguese economy is sorely in need of!

How cork products are made – from tree bark to stopper
20 de December, 2019