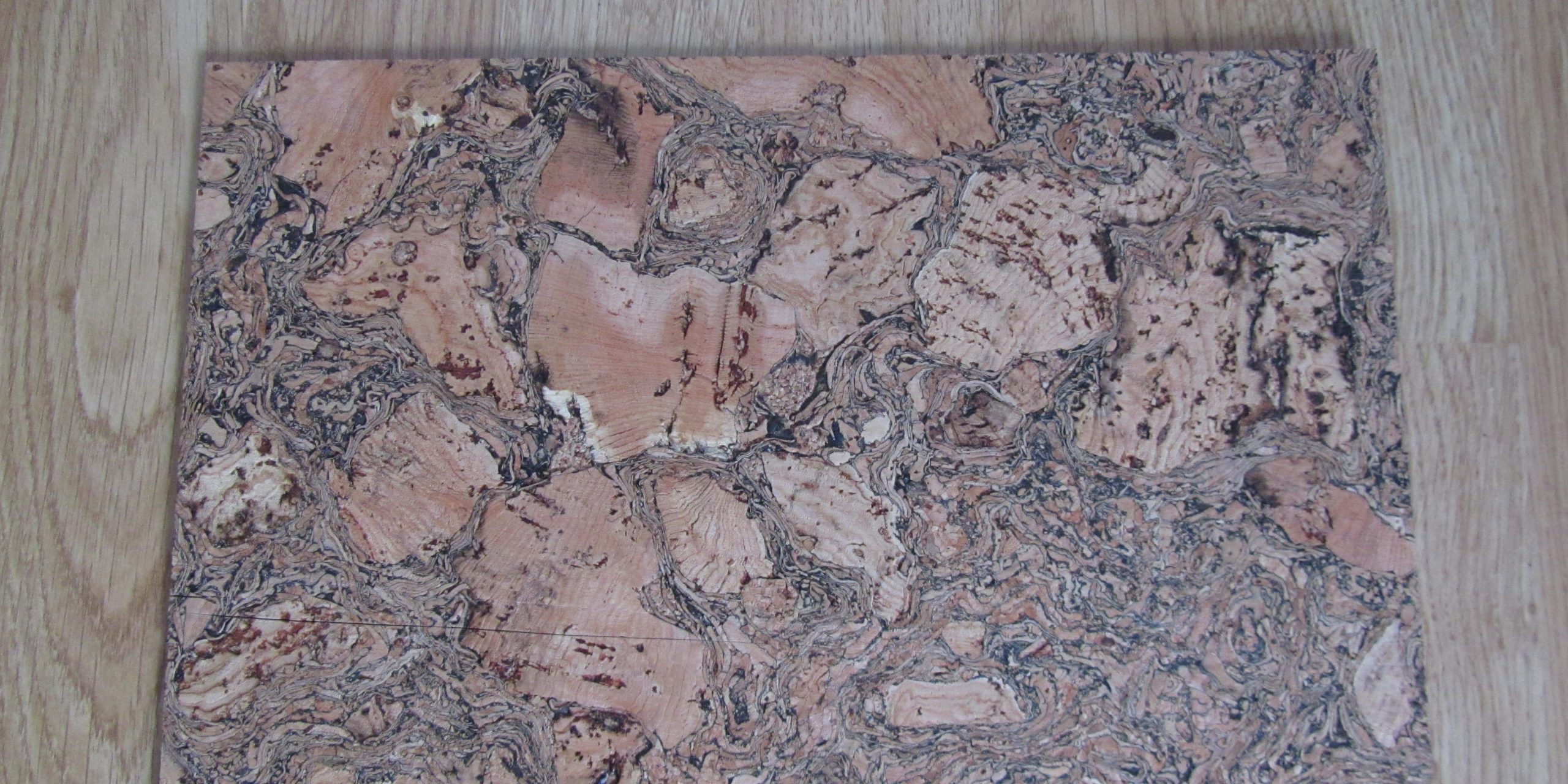 In recent years there has been a lot of development in using cork agglomerate in innovative ways, by mixing different kinds of corks granules, adding colours, varying the densities and so on. The main way that this is done is to add cork granules and adhesive into a block mould, then to apply pressure. What emerges is a block typically 640x940x200mm that can then be cut or laminated into whatever size is required.

In the image you can see an example of the kind of thing that can be produced. To make this block, we used the shavings that are produced as a by-product when natural wine corks are trimmed down to size. These were mixed with a food-grade adhesive and split into two batches where different coloured dyes were added. The mould was then filled with layers of the two colours and compressed and this is what was produced.

Using this technology we can produce a broad range of densities and all manner of different appearances (for example by changing granule size, using expanded cork, untreated natural cork and so on) and a wide variety of densities depenending on the final use. These blocks can also be laminated to produce sheets that can be used for decorative purposes, such as wall coverings or flooring. We are also able to produce moulded cork products using custom moulds that can produce more or less any shape. Generally to use this 3D cork moulding technology, the mould itself would cost from €2500 upwards, but then the individual moulded cork products produced would be relatively inexpensive. If you would like to know more about this process, please contact us at CorkLink.